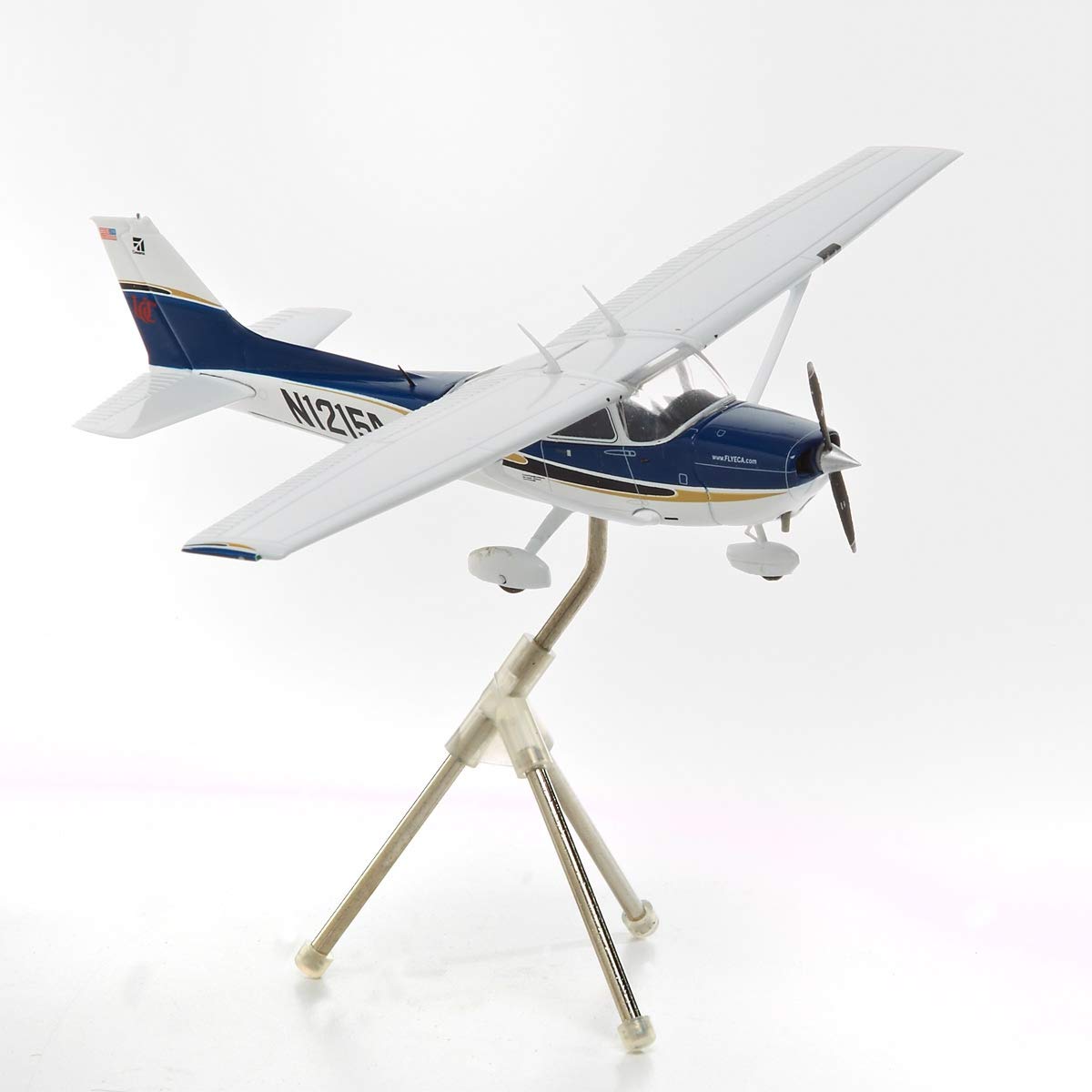 This Cessna 1 was inspired by a Skyhawk stationed on the flight line right here at Sporty’s/Clermont County Airport. Student pilots who learned to fly for fun and many who fly for the major airlines began training in this Cessna 1. Originally test flown in 1955 and still in production today, more Skyhawks have been built than any other aircraft. This 1: scale Die-Cast replica is our Limited Edition Model for 019 and features detailed printed graphics, realistic landing gear, see through cockpit, and a rotating propeller. Included display stand lets you customize the flight configuration. Measures about 4”l with a wingspan of ”. Officially licensed by Cessna. 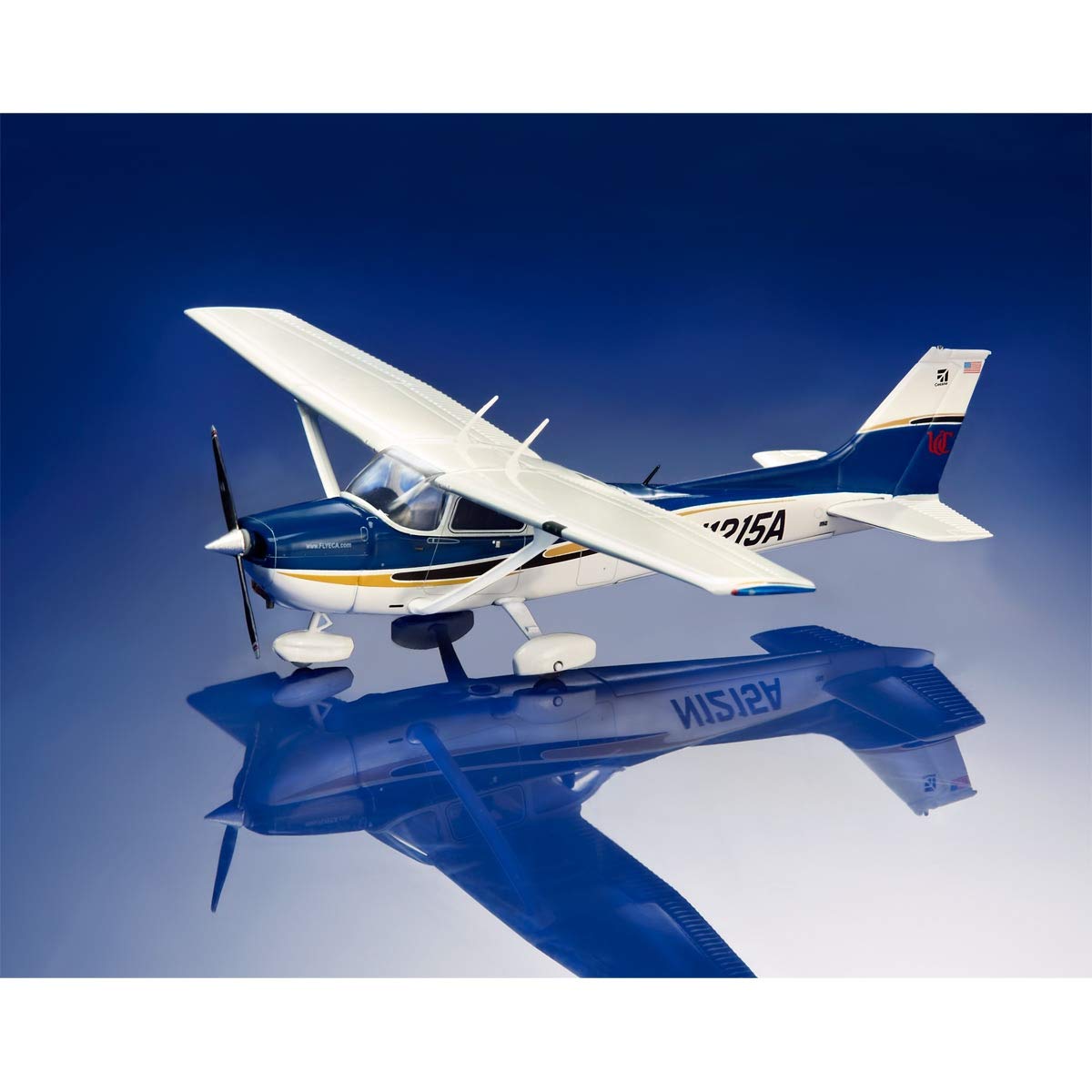